We use cookies to optimize your experience on our website and not to collect your personal information, as per our privacy policy. Your continued use of this site indicates acceptance. Battat also recognizes that it is not permitted by law to collect information about people under the age of 13 without proof of parental consent. We therefore choose not to accept website registrations or contact information from anybody who is under the age of 13. Hide

Bringing a baby into this world is a different experience for every parent, but what unites them all is the excitement of saying hello to a little bundle of joy for the very first time! And to celebrate that moment, what comes before it, or what follows it, each culture has its own set of traditions and customs connected to birth and parenthood. From food ceremonies to crawling races, here are 10 unique baby traditions:

In the 1930s, the Finnish government started giving out free baby goodies to expectant moms to make sure that every child gets an equal start in life. For years, moms-to-be have been receiving boxes filled with about 60 items for their little ones: toys, clothes, bedding, books, and much more. Even the box itself can double as a crib!

When a newborn comes into the picture, chances are the parents will be the ones to receive gifts. …Or will they? In Brazil, when new moms get visits from family members and friends during their stay in the maternity ward, they’re the ones who give the gifts! As a thank you for coming by, each visitor leaves the ward with a little something such as a candy or a candle.

When a baby turns 100 days old in Japan, they are served a yummy feast that includes soup, rice, a simmered dish, a pickled dish, and a whole fish! Although the baby only pretends to eat it (with the help of the parents), the okuizome food ceremony is performed to ensure that the child never goes hungry in their lives.

Every year, Lithuanians mark International Children’s Day on June 1st with a crawling race! This 20-year-old tradition brings together little competitors between the ages of 7 and 12 months to see who will come out as the fastest crawler. And crawling comes easily to some, given that their parents are luring them with toys and treats at the finish line!

Taking the time to relax after the baby arrives is something all parents likely look forward to. That’s precisely when grandma comes in! In Nigerian Igbo culture, the grandmother lends a helping hand while the parents take a break – a tradition called omugwo. She stays with the baby during the night, takes care of household chores, or pampers the new mom with a few massages!

Free Care in the Netherlands

Parents in Holland can always expect a visit from a kraamverzorgster – a maternity nurse who offers her services for free on behalf of the Dutch health care system. This seasoned expert will help the parents for about 10 days with all things baby, such as feeding, changing diapers, bathing, or even making coffee for friends and family who visit!

After chatting with a few Balinese locals, you might start noticing that many of them share the same name! According to Balinese tradition, children are named based on the order in which they were born. The firstborn child is named Wayan, Putu or Gede, the second Made or Kadek, the third Nyoman or Komang, and the fourth is named Ketut. And if there’s a fifth kiddo, the cycle restarts!

Some Armenian parents traditionally stay at home with the baby for 40 consecutive days after birth, and only relatives are allowed to visit the family during that time. After that period, the baby is considered “of age” and is taken to church to be blessed by a priest. Although this is a religious custom, some also think that staying indoors is healthy for the newborn!

A baby’s first haircut is considered a rite of passage in Hindu tradition. Shaving a child’s head takes away any leftover bad luck from their past lives and makes way for a bright and happy future. But a little tuft of hair is always left at the top of the head to protect the baby’s memory!

To bring the baby good luck, Scots place a silver coin into a child’s hand. Legend has it that if the baby firmly grasps the coin, they’ll grow up to be very economical. If the little one drops the coin however, they might become a big spender in the future!

We celebrate little ones in a ton of different ways, but at the end of the day, we share one common thing: the love we have for them! 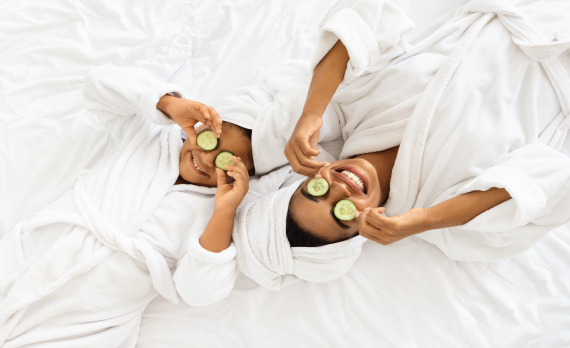 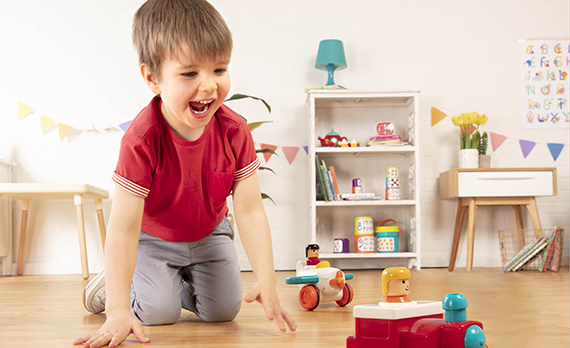 What Does “Family” Mean to You?

Sign up to our newsletter to receive exclusive news & updates.

You are signing up to receive news, offers, and content for Battat toys and brands available from the Battat family of companies. Review our Privacy Policy for full details on how we use and protect your information.